“I have always wanted to live in Israel.  While I was still a student, I wanted to leave on one of the Jewish Agency’s programs but then got married and my son, Nazar, was born. So, the question of aliyah was postponed for a while.  Then my husband and I divorced, and I raised our son alone – it was hard.  I really wanted to leave but I was afraid.  Now my son has grown up.  I have many friends already living in Israel – in fact they persuaded me to make the move because I was still doubtful.  My ex-husband also did not give his permission for a long time – but now he has agreed, and I can make aliyah together with my son.  I want a better future for him than there can be here in Ukraine.”

“I’m glad that there is an opportunity to change my life.  I know that Israel is a wonderful, hospitable country with great prospects.  My son is the most important consideration for me and here in Ukraine it is very difficult financially, low social security.  Israel is one of the fastest growing countries with a high level of security, medicine and so on.  My friends are very happy that they made aliyah.”

I haven’t experienced anti-Semitism, but my Jewish grandfather’s experience was tragic.  During World War II his parents were shot, and he ended up in an orphanage.  His health was poor, and he was very ill for the rest of his life. His mental health also suffered. He never told his whole story, only in fragments, but I know that it was very difficult for him. But, thanks to him, we can make our lives better and change something.”

“Ezra helped us a lot financially and with moral support, which was especially important for me because having a child alone is very difficult. Ezra paid for tickets to Kiev twice and they helped to get passports quickly and they incurred the expenses. They consulted a lot, made a certificate from the Red Cross, generally helped everywhere and in everything, for which we are very grateful.  Thank you so much – without your help it would have been extremely difficult for me!” 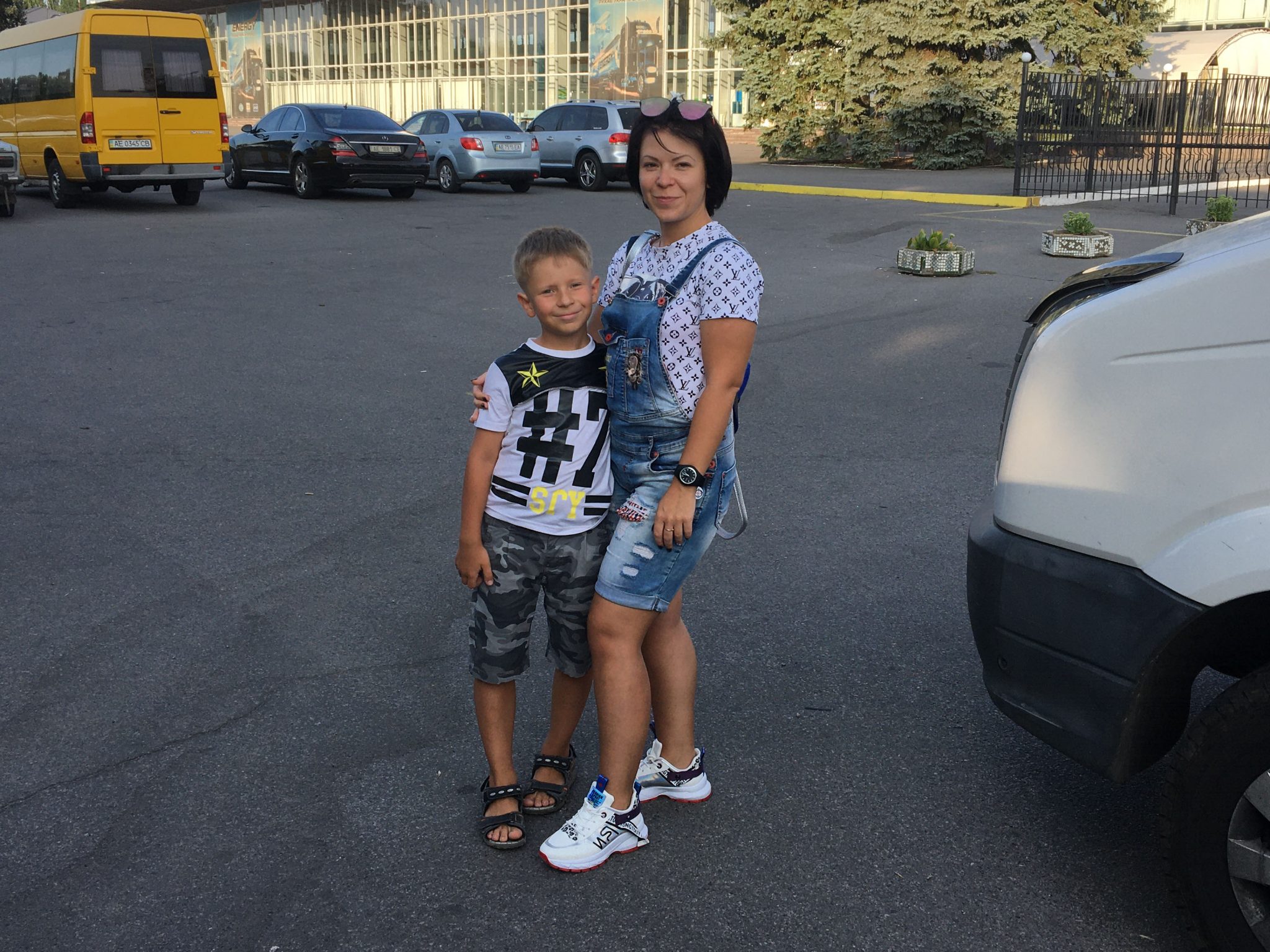