Vladimir and Tatyana B from Sevastopol 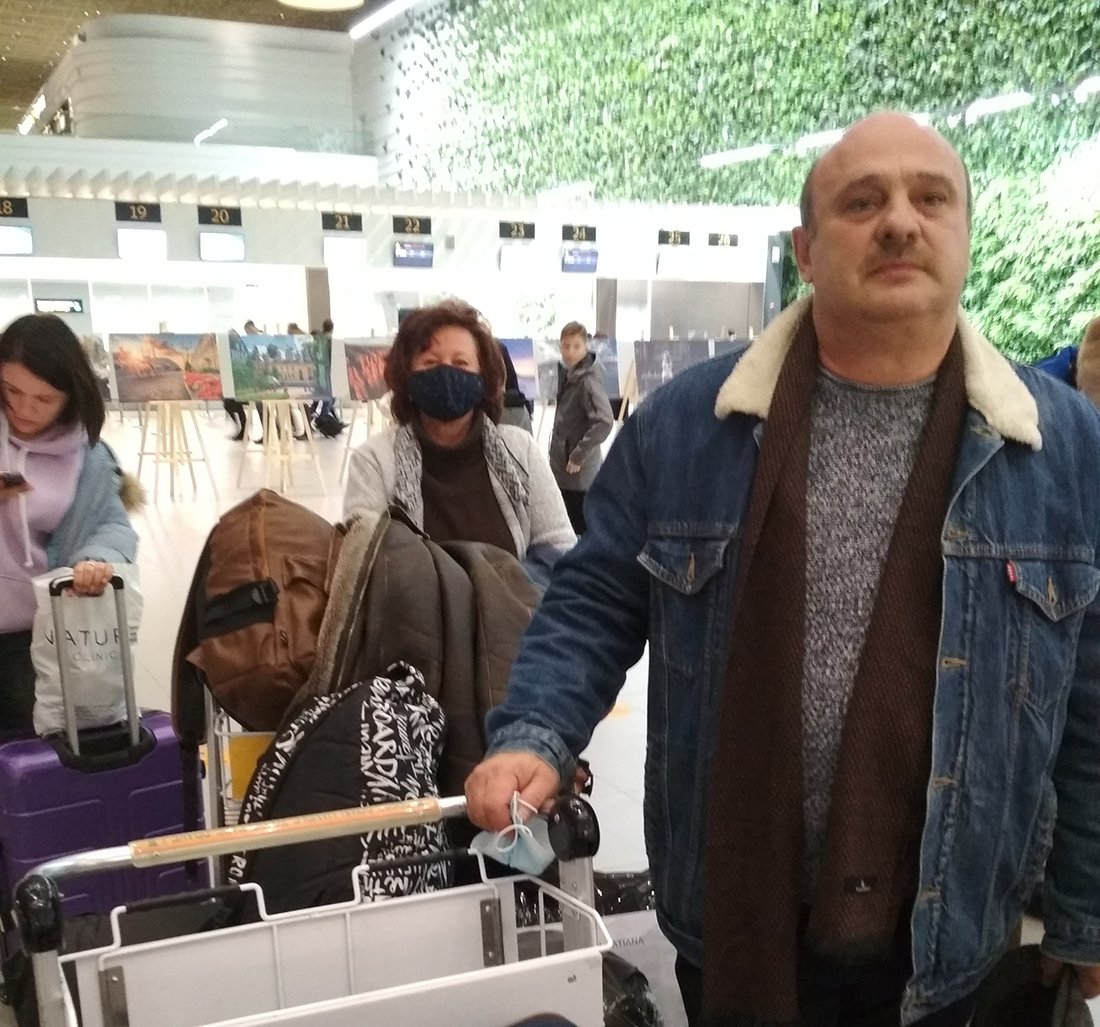 “Twenty years ago, my parents moved to Israel, my dad is already ninety-two years old, and mom is ninety. Two years ago my father had serious heart problems and underwent surgery. Thank God, the operation was successful. My parents are of such an age that it is no longer possible to leave them alone. That is why this move is very important for us so that we can be close to our parents.  They need our help and support more than ever.  And the second reason why this move is very important for us is to be close to our son and granddaughter.”

“In my childhood I had a couple of cases of anti-Semitism when I had to fight on this basis. Also once when I was studying at a military school, here in Sevastopol, there was a short conflict with one of the cadets. This happened only once, during my entire studies. But I remember that the sensations were quite unpleasant”.

“My grandmother with my mother and two more daughters were evacuated during the war from Kherson in Ukraine to the Saratov region in Russia. Her dad and older brother were killed at the front almost at the beginning of the war. It was very difficult for them during the evacuation, therefore, as soon as Kherson was liberated from the Germans, grandmother with three girls hurried to return home to Kherson. But when they came to their house, tired after the journey, they found that their apartment was occupied by some military pilot. So, my grandmother was forced with her three girls to spend the night in her entrance. She tried to ask for help wherever she could, so that they could help get back the apartment, or provide at least some kind of housing. But knowing that she was a Jew, no one helped her. And my grandmother, who had lost her husband and eldest son in the war, was expelled by her own people from her own apartment. Finding herself literally on the street with three children, she fell into complete hopelessness and despair. And after a while, she got sick and died. So, the three girls turned out to be complete orphans. My mother, later, was brought up in a boarding school, and she still does not know what happened to her sisters.”

“Thank you so much for your help, it is very important for us! You are very noble people. May God reward you for all the good that you do.”